Lots of people dislike the shape of their nose, but unfortunately it’s such a prominent feature on the face, and one that’s difficult to hide. An uneven, bumpy nose can affect your self-esteem, particularly when you have your photograph taken and especially when the photo shows your face in profile.

The reasons we get a bumpy nose are either:

Genetic – A hook or a bumpy nose is one of many dominant traits that we might inherit from our parents. Whether it’s a nose that’s large, hooked or bumpy, or a nose that just isn’t quite symmetrical.

Injury – A broken nose might not always heal properly and can leave you with a crooked, misshapen nose. After a nasal trauma or injury, calcium deposits and bone growth in the area might form a dorsal bump, or make an existing bump seem even more prominent.

Non-surgical rhinoplasty is a procedure which involves reshaping or altering the nose, using injectable fillers. Sometimes known as liquid nose jobs, these non-surgical treatments involve strategically placed fillers which can change the nose’s appearance if you’re unhappy with the shape, or maybe you have an unattractive bump, depression or asymmetry.

Dermal filler treatment is ideal for those who have:

A dermal filler nose job can create a beautiful and desirable nose, which not only helps to shape and straighten the nose, but is also able to lift the tip. For the procedure, small amounts of dermal filler get injected just beneath the surface of the skin in precise locations, to straighten or change the shape of the nose, and they can even be inserted into the tip of the nose for an upturned appearance. There’s no downtime needed after the procedure, and any minor bruising or redness usually goes away in a few days and can easily be covered by make-up.

Dermal fillers aren’t permanent and over time they will break down. The fillers stay in the body for about 9-12 months, so further treatment might be needed to keep up your desired appearance. To get great results, you should always have your treatment done by an experienced cosmetic practitioner who is highly skilled and precise. 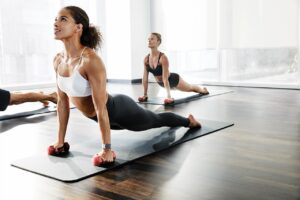 Vaser lipo is a fat removal treatment that can target your problem areas to help take away your unwanted fat,...

This is one of the most sophisticated and finely tuned cosmetic procedures available today. A refreshed, rejuvenated look without looking...

Rosacea is a chronic condition that affects the face, causing persistent redness and episodic flushing, initially starting with a tendency...

It's the eyes that first catch another person's attention, and this can concern a lot of men and women if...

Gynecomastia is a common condition that causes the breasts of boys and men to swell and become larger than normal...

A recent survey found that 67% of people feel that they are overweight, and if we aren't happy about the...